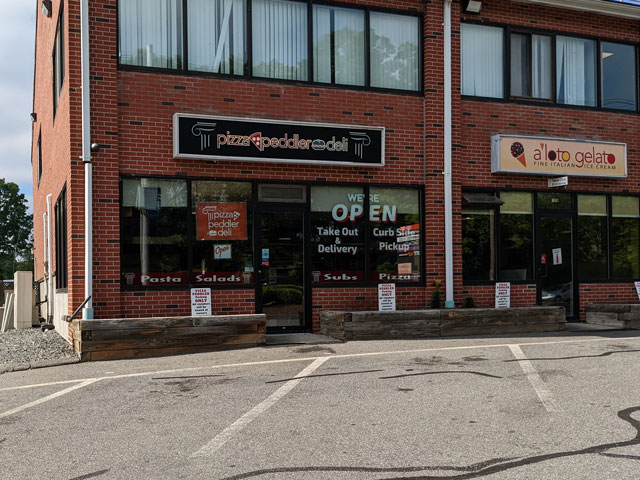 We've heard great things about the chicken cordon bleu sandwich. The steak tip as well. You know, pretty much everything is decent to kind of great over there.

Pizza Peddler can thank the prior business for some easy branding, as 127 West Central Street's former occupants was the Fruit Peddler back in the day. The sub shop/deli opened in the early 90s, occupying only half of the space that they current take up. We're fairly certain that the other half was a bagel joint at the time.

Anyway, Pizza Peddler is one of the larger pizza joints in operation around town.

What to order: Anything

If we had to choose, we'd say a Steak Tip sub.

If you're into buffalo-sauced food, know that Peddler's take on buffalo is a bit of a departure from the standard you're probably more used to. A good thing to compare it with is the pizza at Liberty's Pizza. They, the buffalo items on Peddler's menu and Liberty's pizza, are just different.