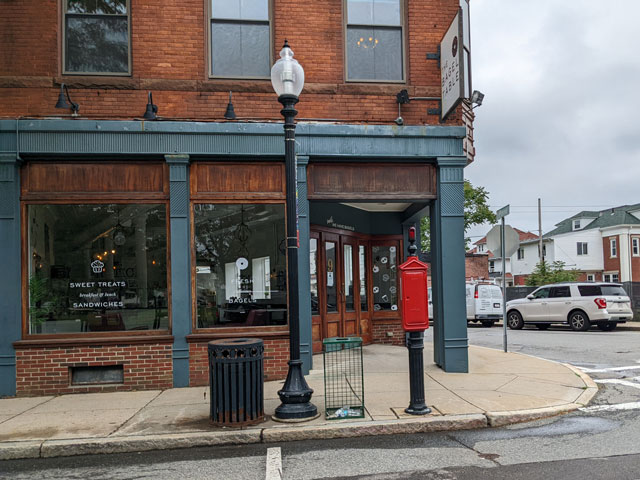 The Bagel Table is a local chain that opened their first location in Chestnut Hill in 2018. In the span of just four years, they've managed to open four other locations, including their Natick Center restaurant, with a fifth on the way.

Their menu is exactly what you'd expect, a variety of bagels, bagel sandwiches and other bakery treats. Included among their specialty bagels are The Full Table, Freddie from Chelsea and Morty's Ess Gezunt. They also serve fresh roasted coffee, as well as tea and lemonade.

While an obvious choice for breakfast, it's got enough sandwich variety to make it a lunch stop as well. And, it's short walk from the train station for those looking for a bite on the way to work. Speaking of work, they offer custom platters for catering, so consider The Bagel Table if you're looking to treat your employees to a holiday snack.

As for the interior, much of the structural layout was inherited from the former restaurant that inhabited 9 South Main. The best seats in the house are along the windows that overlook the Common.

A few interesting notes about the location itself ...